Weekend to learn for Mari Boya in rainy Jarama 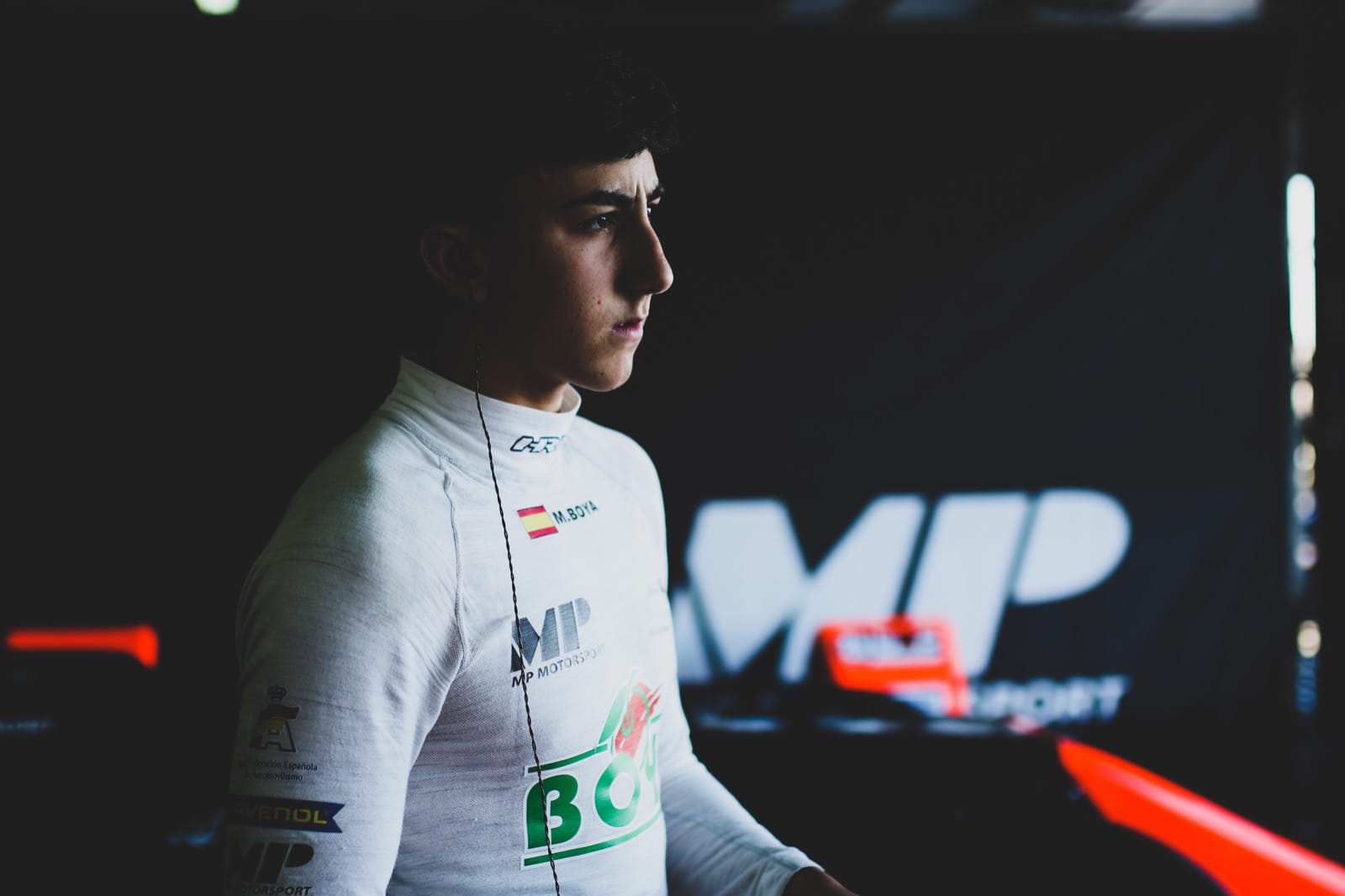 ● Mari Boya achieves one podium finish in a difficult weekend in which he did not replicate what he did in Aragon.

● Rain played a big role on this round so Mari was able to gain positive experience and learn to race in unstable conditions.

● “We take a lot of important experience after a complicated weekend in which the team has done a great job”, Boya stated at the end of the last race.

Formula 4 Spanish Championship season keeps going on without a moment to rest. The action returned this weekend in Jarama Circuit. The classic venue, located in Madrid, hosted the young Racing talents in a weekend Mari Boya arrived extra motivated to after his great performance in Aragon the previous week.

In this occasion, the challenge Boya faced was different. On one hand, the weekend format, with all three races being held on the same day, made the drivers face the round with different mentality. On the other hand, bad weather conditions marred the weekend as all sessions were held in wet conditions, Race 3 being the only exception. It was rainy and cold like it had not been since Qualifying 1 in Jerez.

Boya qualified on the top 5 for all three races. On the first one, he made a good start and gained two positions to end up third and keep his podium streak across every single round this season. On the second, shorter race, he was unluckily involved in an incident and could not score any points. Race 3, in dry conditions, saw Boya finishing in fourth after fighting for the podium with some of his teammates.

The results were not what we expected, but this round allowed Boya to obtain mileage under the rain, something really important for the growth of a driver who is still learning and getting started. The experience obtained here in Jarama allows the driver to keep improving ahead of the future.

“The conditions were tricky, but we take a lot of important experience after a complicated weekend in which the team has done a great job so we could keep being competitive. The season is noto ver yet and I am looking forward to race in Barcelona and have a good last round. Thanks to the team, Monlau, Frances Gutiérrez and my family for their efforts and their support. Congratulations to my teammate Kas Haverkort for securing the drivers’ championship”, Boya stated at the end of the last race.

Formula 4 Spanish Championship season will come to its end next in Barcelona-Catalunya Circuit. It will be Boya’s home race so he will try to wrap up the season on the best possible way.